By Johnny StarMusicMedia April 12, 2011
Bringing a fresh new sound to the next generation of hip-hop in Cleveland is a young eastsider by the name of James Antonio Stradford aka Slim Jim. His variety of vocabulary used in songs will have you wondering, did he really just rhyme those two words together? Telling a story by speaking fluently in rap language is one trait that this artist definitely has.  Slim has an album slated for release on 4.20.11 featuring artists such as Boob J, Young Low, Showtime and Danny Wells.  Follow that up with production by executive producers Johnny Mixxxx and David Shockey, be on the look out for a story to be told once again.  In words that make sense along with intelligence captivated by a personality that will NEVER accept defeat.  Quincy Taylor had a chance to sit down with Slim and get to the bottom of his madness. 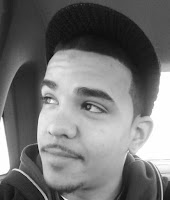 SMM: How did you get involved with rap music?
Slim Jim: The influence came from my parents. They were D.J.s for motorcycle social clubs in Cleveland. Music was always on. Mom would clean the house bumpin Sugarhill Gang, Roger Troutman, 2 Pac all the time, Id be dancin around the house vibing with her. What got me to want to actually get involved with making music was stealing my moms 2 Pac "All Eyes On Me" Cassete tape. Stole a walkman tape player and ran that tape till it died out lol. That was about 1995 or 6. I started writing rhymes after that but had no intention of actually recording anything. Now look...haha. Diddnt record my first song till 2000. I originally just wanted to be a D.J./ Producer but aperently I have a voice that needs to be heard. Friends were a major influince on actually BEING a rapper.

SMM: Whats the name of your newest project?
Slim Jim: "$nap Into Thi$" Its my first solo project. It will be an E.P. Mixtape...Best of all it free! Yup FREE!

SMM: How does this cd seperate itself from your past music?
Slim Jim: I took a look at the past music I made with my past groups (Unified Boyz, Tha Graveyard, Hooligang and M.V.P) and I wasnt completely happy with the material I was putting out. I want the public to see me in a certain light and it just wasnt the right vibe for me. Not so much with the Hooligang Mixtape but Im kinda embaressd of some of the stuff I put out. But it helped mold me. On this CD you will get the real me. Im telling the My story. Its alot more deep and its a complete style change for me and Im loving it. Im going harder than ever and im finally happy where Im at and headded. 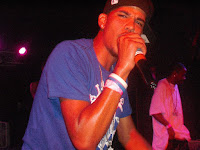 SMM: Who are your top 5 artist of all time?
Slim Jim: Pac, Biggie, Bone, Jay-Z, Eminem (Not in order, List is too Great)

SMM: Who are some of the producers that you have worked with?
Slim Jim: My boy Infinate, Who made the beats for Respect It and Flippin Guap, Matt Gremminger who was the worlds youngest producer. D-Ray from T.N.C Is like my right hand man along with Johnny Mixxxx, Theese guys hit that red button for me when Im droppin hits. Other projects coming soon is a colab with Cleveland's own Northcoast Kings.

SMM: How do you feel about the music scene in your area?
Slim Jim: Its better than I can remember. There are alot of people coming out the woodwork and they have maaaad talent. Im pretty stoked. Cudis doin it big, Chips up next, Cleveland really holdin it down. And don't ever let them tell you the burbs aint shit because I know at least 3 cats that are better than 75 % of the industry, and are all born and raised in Lake County, 15 Mins east of downtown. That where I currently reside. Talent is amazing out here, this city really has a bright future, these guys gotta do something with it tho. That's what I'm trying to do. THE GOAL!

SMM: Any last words or shout outs?
Slim Jim: First off I wanna thank anybody thats ever took 5 miniutes out of they're lives to listen to my music. Its highly appreciated. My team at starmusicmedia.com D ray, J Mixxxx, Danny Wells, Low, Big Heff, C-Town apossole head of promo, My manager at Media Vault Productions Andre Banks, Everybody that comes to the shows especially mama $lim the words greatest fan. My future wife Ashley because without her, I can honestly say I wouldn't be making music anymore. I was at at a bad low point in life and was going to drop everything ive worked hard for. She re-sparked the flame and helped me refocus and Im felling like nothing can stop me now. I owe it all to her and when this shit blows up we tryna get Twin Benz SLR's w his and hers on the license plates Lol, on some Jigga and beyonce type shit. POWER couple. And special shoutout to the HATEEERS!

SMM: If anyone wants to check out your music or book you for a show how do they do so?
Slim Jim: reverbnation.com/djlimjim , Myspace.com/djlimjim, For booking Email djslimjim216@aim.com or inbox any of my social networking pages. Make sure to share, like, repost, download, burn and spread the word. Any little bit of promo helps. Thank You!


-EDITORS NOTE ~ I just wanted to add that I feel privileged to work with someone as talented as Jimmy.  He brings back a focus to music through words by telling you what he says in a way that makes you feel what he says. His positive energy in the studio plus sense of humor make him a friend that you know will be a life long rider. -JMix (plus his Mom is one damn good cook too! - thanx Mamma Slim for all the after show feast's!) 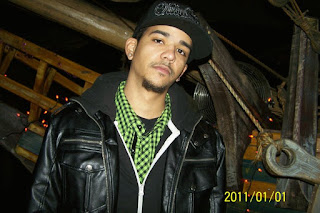 Unknown said…
WOW!!! This is awesome.... you are so amazing at putting your words and music together..not every rapper can do what u do. You are the whole package yo. I really enjoy your music and I wish you the best of luck, you deserve to be signed & touring right now!! I honestly do not know how you are not famous yet. You will be though, just a matter of time. I am already a fan!! do your thing DJ $LIM JIM...
April 12, 2011 at 10:34 PM

Popular posts from this blog